Talbot Estate has a total of 78 cottages and units servicing aged pensioners with low cost rental housing. Talbot Estate is unique, in that, it is the only facility of its type still operating in Queensland today. Initial funding for the building of the cottages was gained with public donations , the Annual Christmas Tree Appeal located at East and Denham Streets and subsidies from the State and Federal Governments.

In October 2013, the Rockhampton and District Pensioners Social and Welfare Society became incorporated and changed its name to Talbot Estate Inc. Under the current leadership of Mr Tom Wyatt and a handful of dedicated volunteers, Talbot Estate today, still offers the lowest rents to aged pensioners in the Rockhampton Region.

With an increasing demand for low cost rental housing for aged pensioners and a current occupancy of 100%, The Board of Talbot Estate Inc is currently investigating the building of additional cottages, to cater for this demand.

In the 60 years of Talbot Estate, there has been only three presidents, three secretaries and five treasurers a testament to the dedication and service by a group of committed volunteers ensuring the legacy of the original founders is kept. 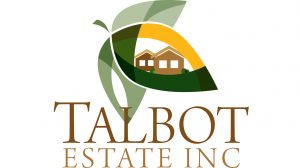